The Murcia airport has a single passenger terminal, which includes domestic flights and international flights, as well as necessary and complementary services for passengers, companions, and visitors.

It is worth highlighting the linear design of the terminal in Murcia, with a façade composed of vertical profiles of anodized aluminum, similar to the wings of the aircraft, and with lighting elements fixed to the galvanized steel structure. Inside the terminal, the main lobby has 10-meter-high ceilings and an interior façade made of opal glass with internal lighting.

Flight classification: Schengen and others

Flights are usually classified in three groups, depending on their origin or destination. Schengen, EU Non Schengen and third countries.

Flights, from or to countries, belonging to the European Union, which did not sign the Schengen Agreement.
Citizens of the following countries may not move freely across the inter-Schengen borders: Bulgaria, Croatia, Cyprus, Ireland and Romania.

Flights, from or to countries, not belonging to the European Union, which did not sign the Schengen Agreement.

During the return to normality, the availability and hours of the shops, restaurants and complimentary services of the airport may be altered.

The terminal building consists of two floors, plant P0 and P1, and its services are located in the following area:

Level 1.
The boarding area is accessed after the security checkpoint on Level 1. There are 9 boarding gates three of which are intended for Schengen flights and six for non-Schengen flights. 2 of the 9 boarding gates have optional telescopic gangways. The access from the boarding gates to the aircraft is through ramps that connect to the parking platform. People with reduced mobility (PRM) dispose of an elevator to access the platform.
Depending on your destination, you could have an additional documentation control before boarding (passport or others).

Baggage claim hall, level 0.
3 baggage carousels.
1 baggage carousels for special baggage.
In the event that the passenger disembarks from a non-Schengen country flight, it will be necessary to pass through passport control before to collect the luggage.
You can declare the goods you transport in the Customs office if you think it appropriate.

You may also consult the necessary travel documents before flight, the formalities at your arrival at the airport, or the air passengers rights at aeropuertosenred.com sections . 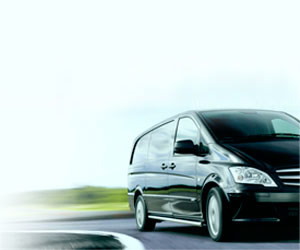